Planning on dining at Olive Garden this evening and wondering what you should order if you’re counting your calories. We know, and it was a bit of a surprise as it’s actually quite hidden on the menu. So, what is the lowest-calorie Olive Garden options? Our guide to Olive Garden calories lets you in on the secrets…

The restaurant website opens with big letters saying “comfort you crave” which doesn’t say ‘hi, we’re going to feed you rabbit food’ to me.

In fact, the first Olive Garden was opened in Orlando Florida in 1982 and branded as a family-friendly
Italian-American comfort food restaurant.

Add this to the fact that the portions are pretty large, many of them are covered in yummy cheese, and, like many chain restaurants, many of them are high in sodium means, Olive Garden generally isn’t the healthiest place you can eat – which makes it even more important that you know what to order.

And as we discovered, there are a few ways you can hack the Olive Garden menu to lower fat and calories and make things a little bit easier to fit into a calorie-counting regime.

The lowest calorie meal at Olive Garden is actually a bit hidden… it’s on the Gluten-Sensitive menu and it’s the 6oz Sirloin Steak served with broccoli.

On the normal menu, this comes served with a side of pasta which takes the calories up to 890 calories – but, because, those who don’t tolerate gluten can’t eat normal pasta, this is omitted on the gluten-sensitive option and it slashes the calories down to 360.

As with the normal menu, the gluten-sensitive menu comes with a choice of sides – including a salad (with no croutons) at 110 calories or if you want something a bit more substantial, the Zuppa Toscano soup is 220.

And, with the famous Olive Garden breadsticks not being offered with a gluten-sensitive combo (as breadsticks contain gluten), you don’t need willpower to eat everything on offer for 470-580 calories.

Don’t feel like steak? Then check out the lowest calorie choices on the other parts of the Olive Garden menu.

What are the Lowest Calorie Appetizers at Olive Garden?

Most of Olive Garden’s appetizers are made to be shared – and if you do that, then the lowest calorie appetizer is the Stuffed Ziti Fritta at 500 calories – split between two or four, that’s not too bad.

If you’re not a sharer, then the lowest calorie single appetizer is a single breadstick – 140 calories – with a marinara dipping sauce which adds another 70 calories.

Walk away from the Alfredo sauce though – that’ll add 870 calories!

How to Cut Calories on the Breadsticks

Did you know you can ask for your breadstick to be made without the garlic topping at Olive Garden? And that doing so cuts the calories by 10 per stick – and halves the fat content from 20g to 10g!

Again, this is another little hidden tip on their website…. okay, so it’s not going to change the world, but, if you don’t like the garlic, or, just figure every little helps, it’s good to know that’s an option.

The Lowest Calorie Soups and Salads Are…

Most meals in the Olive Garden come with a soup or salad as a side choice – and the lowest calorie option is the House Salad without dressing at just 70 calories.

But what if you feel like the soup? The lowest calorie soup at Olive Garden is the Minestrone which has just 110 calories.

If you’re at Olive Garden for lunch, you can also choose Soup and Breadsticks as a your main meal – pick the Minestrone, the House Salad with Low-Fat Dressing and a portion of two breadsticks with Marinara dipping sauce and you’re looking at 570 calories.

Not bad for a very filling meal.

Is It Worth Swapping to Low Fat Dressing?

The normal house dressing at Olive Garden contains 80 calories, swap to low-fat and it has just 30 calories – so, not a bad saving. The low-fat is also a good choice if you don’t want a naked salad – even with the low-fat dressing the salad is still a little lower than the soup. 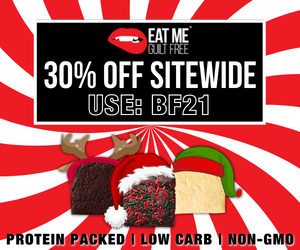 What is the Lowest Calorie ‘Create Your Own Pasta’ Dish?

The Create-Your-Own’ pasta menu is a great way to have total control over your calorie intake at Olive Garden.

You pick your favourite pasta shape and a sauce to go on top – but on the menu it tells you the calories can range from 530 to 1300 – so, what combo is lowest?

The answer is to pick the Spaghetti which is the lowest calorie pasta at 340 calories a serving (the Rigatoni is highest at 440) – topped with the Marinara Sauce, 150. That’s just 390 calories.

Remember you’ll also want to factor in the salad – which adds another 70 calories.

Again, maybe skip the breadsticks – or just have one.

What are the Lowest Calorie Entrees?

Most of the entrees at Olive Garden are over 1000 calories – and that’s before you add the salad and breadsticks that each meal comes with!

But even knowing that, this is also the section where you find some of the lowest calorie choices on the Olive Garden Menu – and the lowest is the Grilled Salmon with Broccoli which, on it’s own, has just 460 calories.

Again though, you shouldn’t forget the extras – the Salmon comes with two breadsticks – and the choice of extra house salad or soup, which if you choose incorrectly, could add another 500 calories to your meal!

So, the lowest calorie option to choose there is the House Salad without dressing which has just 70 calories. Both breadsticks will add 280 calories.

That takes your Grilled Salmon dish up to 810 calories – which is over the US suggestion for a healthy meal of 500-700 calories.

Our advice, skip one of the breadsticks – and then you’ve got a filling, healthy meal for 670 calories.

If you’re a big fan of salmon, check out our quick and easy salmon and green beans recipe (with a spicy kick).

What About the Famous Alfredo Dishes?

And if you’ve ever wondered what has the most calories at Olive Garden. The answer is the Asiago Tortelloni Alfredo with Grilled Chicken at a whopping 1980 calories – before you add the sides!

That’s almost your entire calorie intake for one day, in just one meal.

Go at lunchtime – as with many US restaurants, it’s not so much the ingredients in Olive Garden’s meals that make them so calorific, it’s the portion sizes, but, at lunch they shrink the portions and so many of the dishes cut their calories by half.

At lunch, you can even enjoy the Fettuccine Alfredo for 650 calories! Skip the side dishes and that fits the recommended intake of 500-700 for a main meals.

The lowest calorie Olive Garden lunch though is the Spaghetti with Marinara Sauce at just 290 calories – you can even add a breadstick and a salad with low-fat dressing to that and come in at 600 calories.

Or, try the Spaghetti with Meat Sauce at just 360 calories.

If you’re eating at other times of the day, you can cut a lot of calories by getting a to-go box to use before you start your meal – and adding half of your serving to take home for tomorrow. Do it before you start eating though or, you’ll probably eat more of the yumminess than you thought (or is that just me?)


What About Vegetarian and Vegan Options?

For the vegetarians and vegans out there, the good news is there are some great options for
you. But the lowest would see you hitting up the Create Your Own Pasta menu for the Spaghetti and Marinara Sauce option which is vegan – as we said above, that comes out at 500 calories without the extras.

The breadsticks are also vegan as is the Minestrone Soup.

If you ask for the Vegan salad it will come with no croutons and an olive oil dressing.

The Olive Garden Nutritional Information doesn’t give an exact number of calories for this – but, it’s likely to be the same as the gluten-free salad at 110 calories.

Are There Any Low-Calorie Gluten-Free Meals?

Olive Garden do have a gluten-sensitive section of the menu.

What this means is that the meals themselves don’t contain any gluten – although, if you’re avoiding gluten for medical reasons, rather than a lifestyle choice, check with your server about whether these are safe from cross contamination.

But, of the gluten-sensitive meals, the lowest-calorie choice is the 6oz Sirloin Steak as we mentioned above, with the Grilled Salmon as a close runner up – or, try the Gluten-Free pasta option. The Gluten Free Rotini Marinara has 530 calories.

Both come with a crouton-free salad at 110 calories.

If you’re watching other elements of your diet, like fat or sodium, check out our guide to the healthiest gluten-free choices at Olive Garden.

Olive Garden Calories – At A Glance…

If none of these low calorie dishes tickles your fancy, then take a look at the following list of lower calorie combos you can create from the(evening) menu at Olive Garden and see if there’s anything else you like. We’ve shown you how to create as many combos as possible under 700 calories…

Spaghetti with Marinara Sauce with House Salad (no dressing) – 560 calories

So there you have it, all the low calorie meals at Olive Garden. As you can see, it is possible to eat lower-calorie at Olive Garden – if you steer clear of the Alfredo sauce and don’t go mad with the breadsticks!

Did this guide help you work out what to order at Olive Garden? If so, let me know in the
comments.

What to Read Next

You might want to have a look at some of the other entries in our calorie guide section.

We show you how to customise your omelets in IHOP to make them super low calorie – and the other low calorie options you’ll find on their menu.

And show you what to order on the Benihana menu to keep your calories low.


Some of my Favourite Posts